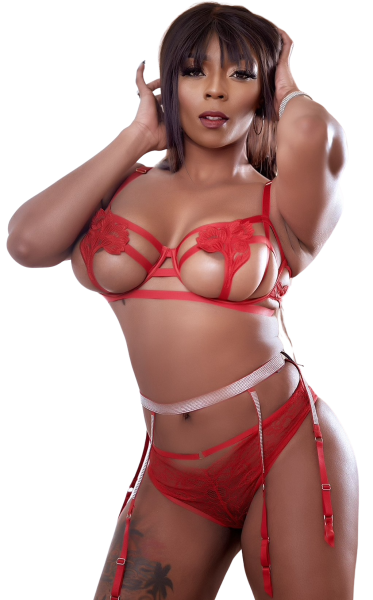 Blake is usually described as sexy, exhilarating, and exceptionally humorous, meaning that she loves to laugh and can get her sexy on. An adult feature entertainer for over 5 years, Blake has performed at various clubs around the country and has competed in various competitions on the feature circuit, winning Miss Burlesque United States 2017, Miss New World Newcomer 2017, and Runner-Up at EDI West 2017. This stunner enjoys the theatrics of performing, having studied drama since she was a young girl. Her must-see-to-believe shows can be described as a combination of aerial acrobatics, fire play, and pole dancing. Her career as a feature entertainer also led Blake to start modeling and wrestling, where she found another creative outlet to express herself. Fairly new to wrestling, she is learning the ins and outs quickly. This quick-study does not see much difference from performing on stage, knowing that it is about entertaining people. Outside the bright lights of the main stage, you can find her whipping up a storm in the kitchen. Blake is definitely a well-rounded person, saying, "I love to cook and enjoy different flavors of everything. I also love getting outdoors and enjoying the beach, hikes and working out. I don't stay still for very long. Life is too beautiful to let it pass you by."
INSTAGRAM