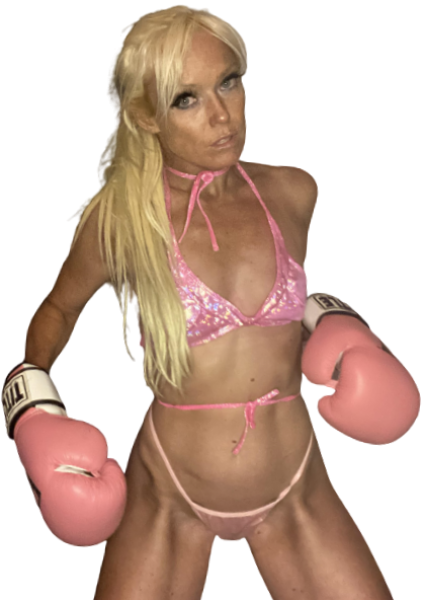 Heather 'Dollface' grew up in Philadelphia, being stronger than most of her female friends, so she would always play with the guys. She developed a competitive nature and a love of the outdoors by participating in soccer, swimming, and track and field. After receiving multiple scholarships to different Universities, she became obsessed with watching MMA fighters because of their skill level and because of her love for Jean Claude Van Damme movies and, of course, the movie Rocky! She soon developed a love for training hard in the gym, learning what style of fighting was best for her. For a while, she stopped training to focus on pole-dancing and performed at many types of venues in the Hollywood area. But when Conor McGregor exploded onto the MMA scene, she became obsessed about fighting once again. Since she is of Scottish and Irish descent, and her family is from Nova Scotia, Canada -- she has boxing and dancing in her blood!
INSTAGRAM

SPONSOR OF THE MONTH